We break and Lose a lot of phones 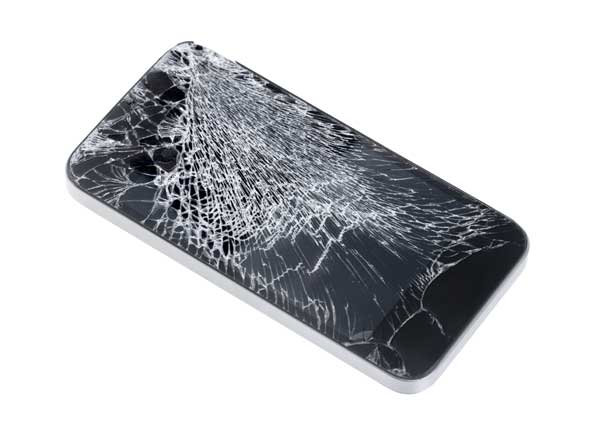 There’s a reason phone repair is such a big part of our business. According to ‘Plaxo’, about 33 percent of people either lose or break their phones. It’s an unfortunate fact of life, but that’s why we’re here. In addition to providing a wide array of iPhone and smart phone repair services along with all of the accessories you need to keep your phone safe, we wanted to provide you with some helpful information on phone loss and destruction, and more importantly, how you can prevent loss and destruction from happening in the first place!

When looking at statistics for phones that meet an untimely end, the top two culprits are no surprise. Whether it slipped out of your hand accidentally while texting or you threw it across a soccer field because a cute girl said she wondered how far you could throw it (a true story courtesy of my little brother), somewhere around a third of all phone damage comes from dropping them. In second place, claiming the lives of nearly 20% of phones is water damage. While these stats may not surprise you, we found some other fascinating ways people have found to break their phones.

Now for Those Phones that Just Decide to “Run Off”

Even if we manage to keep our phones from meeting some kind of unfortunate end, we aren’t much better at keeping track of them. Everyday in the U.S., $7 million worth of smartphones are either lost or stolen! Unsurprisingly, this number jumps significantly during holidays with $11 million in phones lost during Christmas and $14 million lost during the New Year! While those numbers are pretty amazing, the places we tend to lose our phones are pretty boring. Pizza places, gas stations, churches and apartment buildings are among the top contenders. Where you live also seems to play a part in whether or not you will lose your phone. If you are ever in Philadelphia, Seattle, or Oakland, you might as well just tape your phone to your hand. Americans aren’t the worst though! Apparently, people in Manchester, England are the worst in the world about losing their phones!

Well, no matter where you’re from, or whether you’re forgetful or destructive, here you will find some helpful tips on how to keep your electronic communication companion safe!

Tips for Protecting your phone:

Be Smart about where you put it and where you take it!
Probably the easiest way to ensure your phone remains intact is to keep it out of your back pocket. Common sense will tell you that your phone is more likely to break if you are constantly sitting on it.

Next, though it seems like a good bit of free time to catch up on news, update your Facebook status or play the next level of your favorite game, it may be a good idea to leave your phone in your pocket when using the bathroom. One study estimated that 19% of people have dropped their phone in the toilet at some point.

It’s also a well-known fact that at birth, children make a checklist of every valuable thing you own and systematically destroy each one in the way that is most inconvenient to you. Because of this, another good tip is to obey the “keep out of reach of children” warning. In this case, it may not be able to do much to hurt them, but they can definitely hurt it.

In terms of keeping your phone from being stolen, there are really three simple things that you can do that can make all the difference. First, don’t leave your phone lying around and know where it is at all times. Second, password protect your phone. This does more than keep your friends from hacking your Facebook. Lastly, activate or download a GPS tracking application. I have personally made good use of this in the past, as I was able to locate my lost phone down to a few feet of where it had fallen out of my pocket in a park.

Invest in a Good Case!

Invest in a case that actually protects your phone and that fits with the way you use your phone on a daily basis. There’s no point in buying a waterproof case just to take it off five times a day to listen to music because it obstructs the headphone jack (once again, a true story courtesy of my little brother). If you are outdoorsy, make sure your case is up to the task, but don’t go overboard if you don’t plan on dropping it in a running river while white water rafting any time soon. For many, a simple one-piece molded case may get the job done.

At the very least, your case should provide some level of impact protection and have some manner of raised edge on the front to protect the screen from hitting directly on the floor when dropped on its face. It is also worth it to invest in a case that will last. Online reviews will tell you that even some of the more expensive protective cases have trouble standing the test of time while some surprisingly simple and inexpensive cases can last as long as you have your phone. Ultimately, before you buy a case, just put your phone inside it and feel for yourself whether it will be a good fit.

Invest in a Screen Protector! 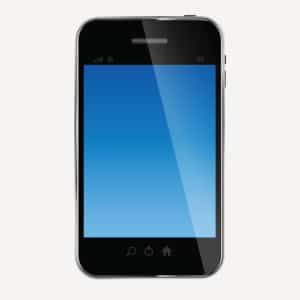 This relates specifically to smart phones which are made vulnerable by their large, exposed touch screens. The debate as to whether you should use plastic or glass is ongoing, but here are some quick pros and cons for both!

While you can buy versions of both for around two dollars, glass screen protectors will be slightly more expensive as a rule. If you want top quality, you will pay about $10 for plastic and about $35 for glass. In terms of sturdiness, tempered glass will almost always beat out plastic. Plastic covers scratch easily and tend not to last as long. Plastic cases, however, are much thinner than glass. Glass protectors will create a bulge that can be particularly noticeable on the thinner smartphone models. Finally, if you don’t want installing a screen protector to be as nerve wracking as putting the last card on top of a card house, a glass protector’s rigid structure takes a little pain out of the process.

Now go forth with confidence! And remember, Battery Joe has everything you need to keep your phone safe and functioning through whatever life brings. We repair phones as well as sell used phones.