In more recent years, recycling and being environmentally friendly is discussed and acted upon much more than it was. More people are worried about leaving a negative impact on the world through not recycling and leaving items that are not biodegradable in landfills. There are so many different things people can do to help the environment such as bringing their own bags to the store, drying clothes on a line rather than in a machine or recycling old soda cans and newspapers. With a push to keep the earth clean many companies are helping push people toward a more green lifestyle. Battery Joe has created a simple way for everyone to recycle and significantly improve the earth’s health by recycling batteries at any of the Battery Joe locations. 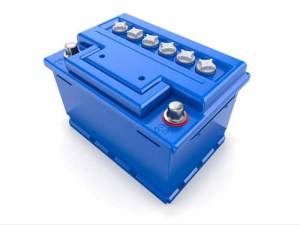 Did you know that 95% of a battery is recyclable?

Batteries are made out of many natural resources and chemicals. Some of these include lead, zinc, mercury, lithium, and cadmium. I’m sure you’ve heard of some of these items, I would assume you’ve heard of lithium because of lithium batteries and lead because of lead paint. We know from experience that these things can be bad for the environment if not contained properly. Knowing that these chemicals are held inside of batteries may seem overwhelming when considering the footprint your trash may leave on the earth. But if you just drop your batteries at Battery Joe, we do the rest, it’s so simple to make a big difference in the proper containment of chemicals. Just throwing batteries out could result in more harm in the environment than there should be, this is why battery stores throughout the country take recycling seriously and offer simple to use recycling programs like Battery Joe.

What will these chemicals do if they aren’t recycled?

If someone was to throw their batteries in the trash can, the garbage man would come and pick up the trash, and it would end up in a landfill. Over time the casing around the battery would eventually erode. Once this occurs the chemicals within the battery are able to leak out into the soil or water near the landfill. This causes soil and water pollution, and if 4 or 5 batteries were thrown out at once it is even more. It may not seem like much of an issue but think about how often you throw out batteries. over a year this adds up, and if everyone on your street and in your neighborhood is doing it, there could be some serious consequences in your community due to soil and water pollution. Remember that 95% of the contents in those batteries could have been recycled and all you had to do was drop some batteries in a green bin instead of your trash can.

Some people’s trash is not thrown in a landfill but it is instead incinerated. So what is the effect of batteries that are incinerated along with the rest of your trash? Air pollution. By choosing to set batteries aside and recycle them properly we can help prevent soil, air, and water pollution. Things we take for granted every day, we can’t even imagine what we’d do without them, so it is our duty to try and protect them.

Where can I recycle my batteries? 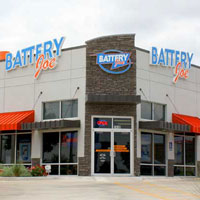